Can recorded phone calls be used as evidence? 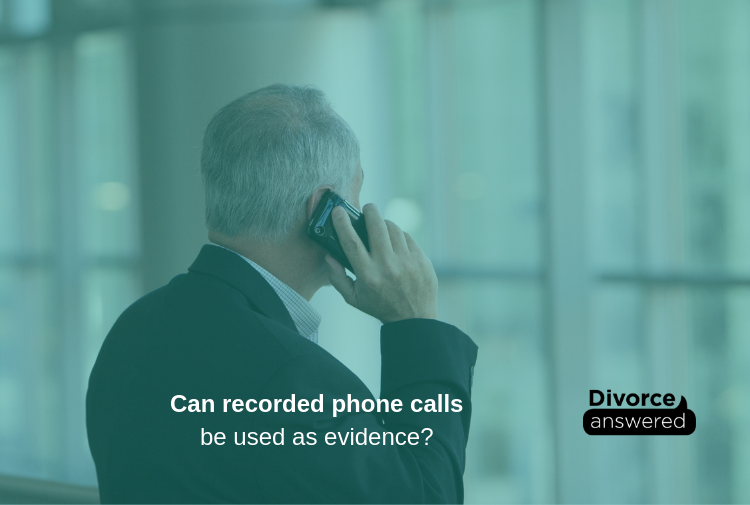 There has been a long-standing Australian debate surrounding the use of recorded phone calls or video recordings as evidence in Family Court and local Court proceedings. For the purpose of today’s article, we will assume reference to family divorce matters in the Family Court and Federal Circuit Courts. To record or not to record sparks very different perspectives depending on where you are in Australian and what you have been told.

“Just like being on the phone to a Centrelink Customer Service Operator, depending on who you talk to (your lawyer, local police officer, legal services and friends), you will get vastly different points of view, professional opinions and recommendations,” said Rachael Scharrer, divorce and relationship expert and Separation Strategist. She debunks the many misconceptions surrounding recording phone calls and shares some valuable recommendations when it comes to your Family proceedings.

Some common opinions that individuals have are:

• Phone recordings can be used in court as evidence without permission or knowledge.

• Recording calls is a State/Territory by State/Territory regulation. However, despite the State or Territory, the Family Law extends nationwide (WA with its own Family Court).

• “What’s been heard, cannot be unheard.” The thought is if you play the recording for a Judge, they can’t ignore what they have heard or seen

It appears that recording calls or videoing change-overs, there are a lot of misconceptions and misunderstandings. What is agreed is that at the outset of the recording you need to inform the other person and seek their permission. Their permission or consent can be directly given or implied. Implied permission means that when you have informed the other person, regardless of whether they agree or not, by staying on the phone and not terminating the call, they have given consent.

An understanding of what you can enter into the Family and Federal Circuit Courts as evidence:

My understanding is regardless of whether it is legal or illegal to record a call or incident, if the recording can prove extenuating circumstances or prove your point, you can ask for permission to have it entered as evidence in Court. If the Judge allows it, then the recording will be permitted regardless of whether the recorded person gave permission or consent. If you are recording to prove threats, harm, abuse or violence, it is more often permitted evidence.

How to document change-overs for parenting care arrangements:

In some instances, the local police encourage filming custody change overs; however, if it is done in a public place, some States/Territories will not permit to filming in a public place. Your solution to this may be having a third party with you for the change overs and have them document (not film) any incidents or issues with the change-over.

What can be used as evidence?

Remember that all calls, conversations in person to your ex and to other people, voice messages, voice recordings, video recordings and social media posts can be brought up in your Family Court matter and used as evidence.

It is also helpful to remember that your recordings or any evidence that you put forward may be used against you – you might submit a limited number of recordings and the other party might subpoena all of your phone recordings to try to get a leading-edge on the case or to discredit you. Some evidence that you put forward may not be consistent with another piece of evidence. It is important that you understand what you are doing and any potential implication that may arise.

A word of caution in divorce:

Regardless of whether you can or cannot record, it is best to be careful. Follow these guides as a ‘rule’ in divorce:

Your best solution is to keep out of any situation that puts you in harm’s way or creates an environment that another person can take advantage or manipulate to their benefit or advantage. Tell the truth at all times and play ‘fair’ (even when your ex- may not play fair). It’s too hard to keep up with lies, half-truths and manipulations of the facts.